I was prepared to have a baby.

I read the Mayo Clinic Guide to a Healthy Pregnancy and What to Expect the First Year. In the last few months of my pregnancy, I’d wager that over 80% of my Google searches began with either “newborn” or “breastfeeding.” And there were a lot of Google searches.

I decorated his room while my husband assembled his crib and changing table. We practiced swaddling stuffed animals and learned all the ways to avoid sudden infant death syndrome. After my baby showers, we organized his clothes, bottles, toys, and various accessories. We were prepared.

I was prepared to go through labor, to have a C-section, to breastfeed an infant, to care for him and bathe him and put him to sleep. I was prepared (mentally) to be up at all odd hours of the night, to live in a state of endless exhaustion, and to be generally overwhelmed with my new responsibilities as a mother.

I was unprepared for how much I would love him. 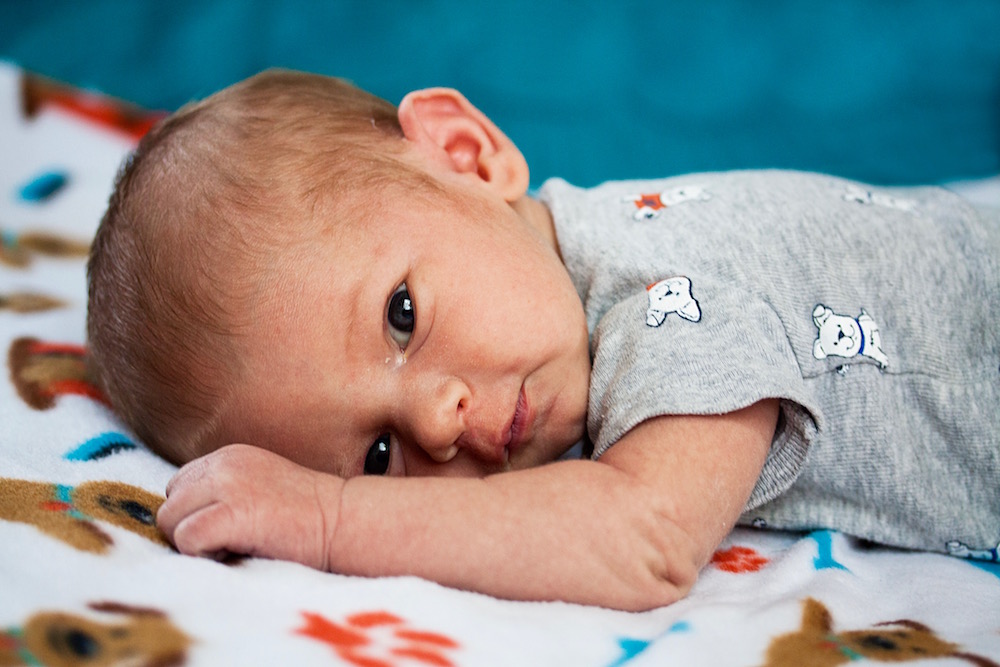 He’s my world, to the point where I look forward to spending time with him during those godawful hours of the night. And even though he consumes nearly all of my time and energy, I’m more motivated than ever to finish my little iOS game because I want to make him proud someday.

Like: Yeah, kid. Mommy makes iOS apps. How freaking cool is that?

Last Monday I mentioned how impatient I was to give birth to my son. I published that post around 2 p.m., after having had mild contractions since 4 in the morning. By 5 p.m., I was convinced that something was really happening and by 6, we were on our way to the hospital! 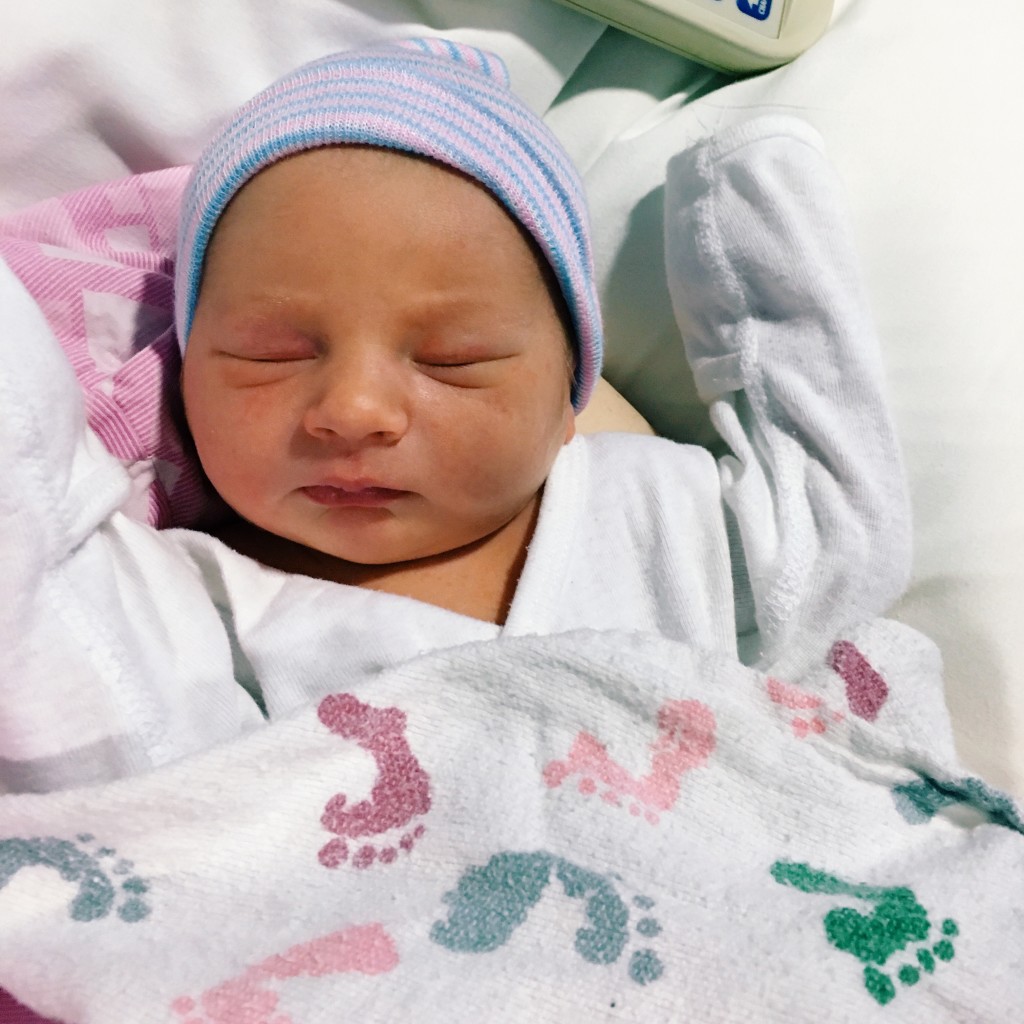 Naturally, I was hoping for a smooth birth. Unfortunately, Charlie’s grand entrance into this world was anything but easy! As I said, we checked into the hospital around 6 p.m. on March 14. Labor was slow going, and I wasn’t dilated enough to receive an epidural until just after midnight. The epidural worked wonders until about 5 a.m. when suddenly, it didn’t. At that point I was fully dilated and the nurses assured me that my baby boy would be there after about an hour or so of pushing.

Something was wrong though, and the pain was unbearable. The anesthesiologist came back and gave me some extra happy juice (as I called it in my head). This kept me from yelling bloody murder every two minutes but had the unfortunate side effect of making me completely numb from the waist down (usually, you want to be able to feel just enough to push correctly).

Eventually, we determined that Charlie was oddly positioned: he was both posterior and asynclitic. That means that the back of his head was against my back, and that his head was tilted toward one shoulder. My doctor attempted to reposition him several times, but he kept sliding back. Finally, at around noon on Tuesday, March 15, we made the call: it was time for a C-section. 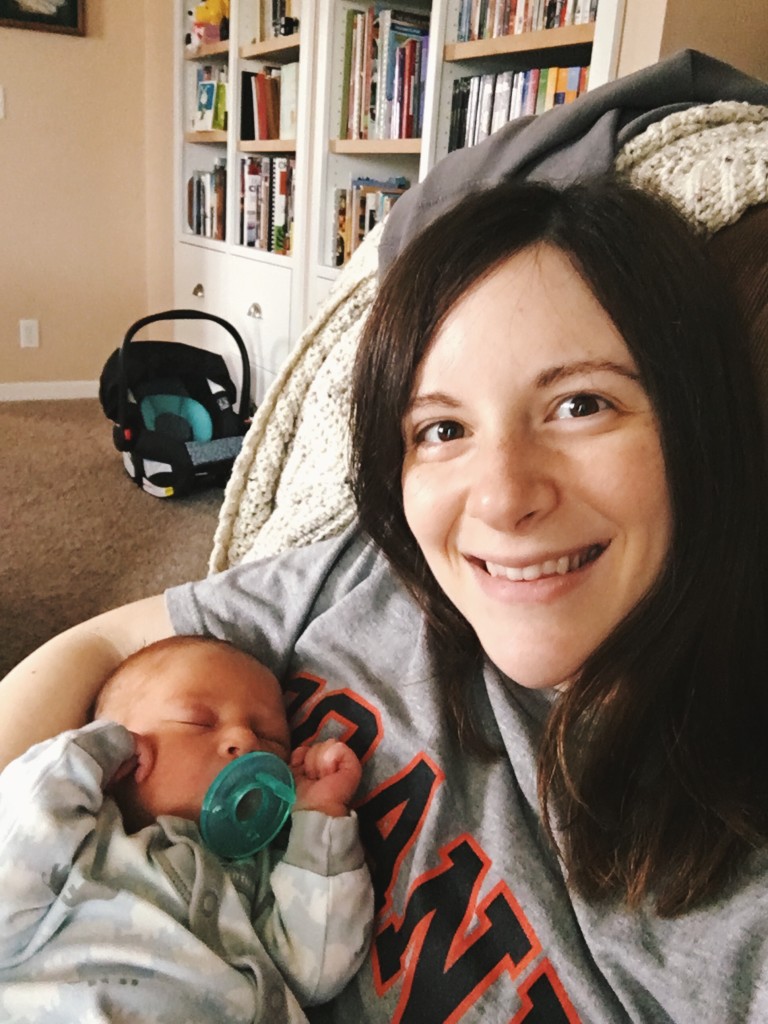 By 1:17 p.m., I could hear my little guy crying. I remember tears of relief streaming down my face. Then I remember them holding him near me so I could kiss his little head, after which I promptly fell asleep.

We recovered in the hospital for the rest of the week and I’m happy to say that we’re all doing great! For the past few days my husband and I have pretty much just sat around and stared at him, amazed at how adorable and perfect he is. I’m hoping to get back to work on Corgi Corral soon, but in the meantime I’ve enjoyed reading everyone’s kind responses regarding Charlie. Here’s one last picture of him, all dressed for yesterday’s Apple event: