It’s been six days since I launched Snapthread 1.5, so I thought I’d share how it went in terms of downloads and revenue.

What I did differently

When I first launched Snapthread back in September, I did so with a blog post and a couple of tweets. Unsurprisingly, it did pretty poorly, with only a download or two per day. Right before Thanksgiving I decided to put it on sale for 99 cents which caused a modest bump in downloads for 4-5 days, but nothing spectacular. 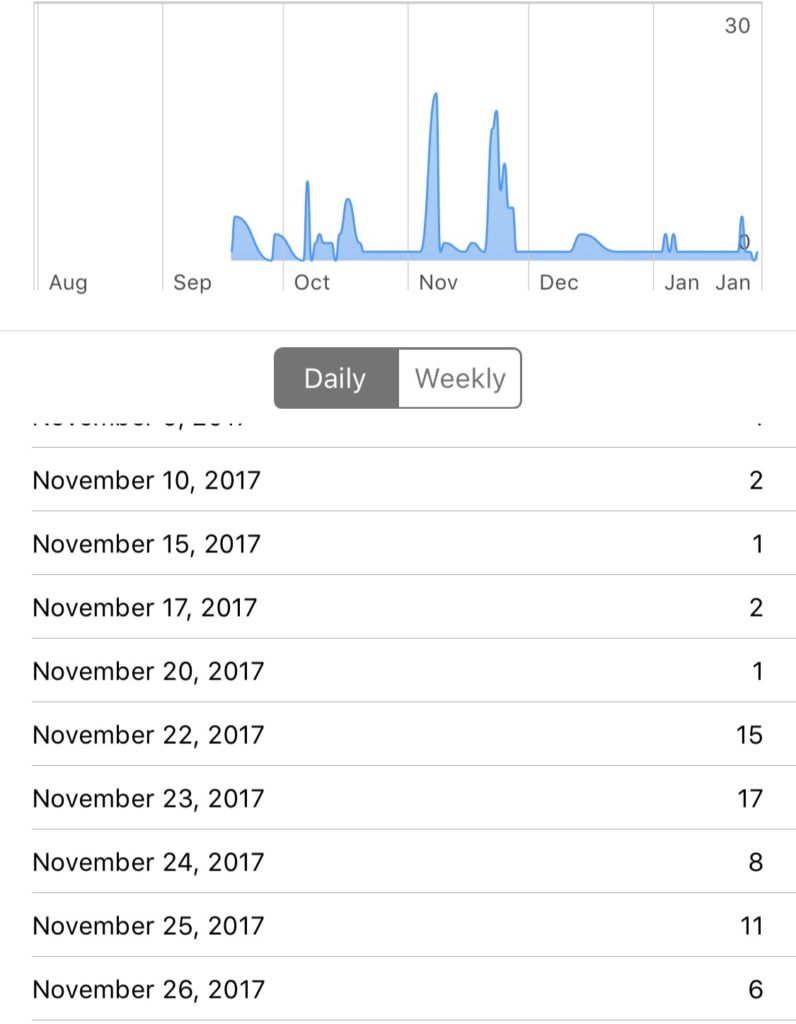 Of course, Snapthread itself wasn’t particularly compelling at that point, since it only supported portrait photos and videos.

For version 1.5, I upped my game a little bit. I put together a new website, created new, more professional-looking screenshots, put together a press kit, set up a Search Ads Advanced campaign, tweeted about it, published a blog post, and e-mailed six media contacts. I also submitted the App Store Editorial form.

On Monday and Tuesday, several of my awesome Twitter acquaintances tweeted about Snapthread (some of whom have > 10,000 followers). On Wednesday, MacStories published a review. I was confused and excited when it continued to climb the charts in the Photo/Video category on Thursday, not realizing that another article had been published on iMore that morning. Snapthread’s ranking peaked at #108 before falling rapidly off the chart.

Honestly, I still feel like a “nobody” in the iOS development world, so getting as much attention as I did for something I created was great fun. But did any of it translate into big downloads and revenue? Not really.

My gut feeling is that it’s just really, really hard to get noticed. Here are a few other guesses:

I also didn’t advertise on Facebook or anywhere else because I honestly can’t afford it. I threw a few bucks into a Search Ads campaign which has so far resulted in 1,319 impressions, 22 taps and 1 conversion.

Next, I keep working to make Snapthread so darn good that it can’t be ignored. I chose this life for fun, not profit, so I’m going to keep on having fun and hope that someday I’ll make a profit.