Yikes, I can’t believe it’s already been nearly two weeks since I’ve done this! I admit that I haven’t spent much time working on the game lately, mostly because I just haven’t felt very good. Besides the ever-increasing pregnancy discomforts, I’ve just been feeling sort of discouraged. However, I’m still determined to push through and release the game—no matter what!

As you can see, I made an icon for the game along with a main menu screen: 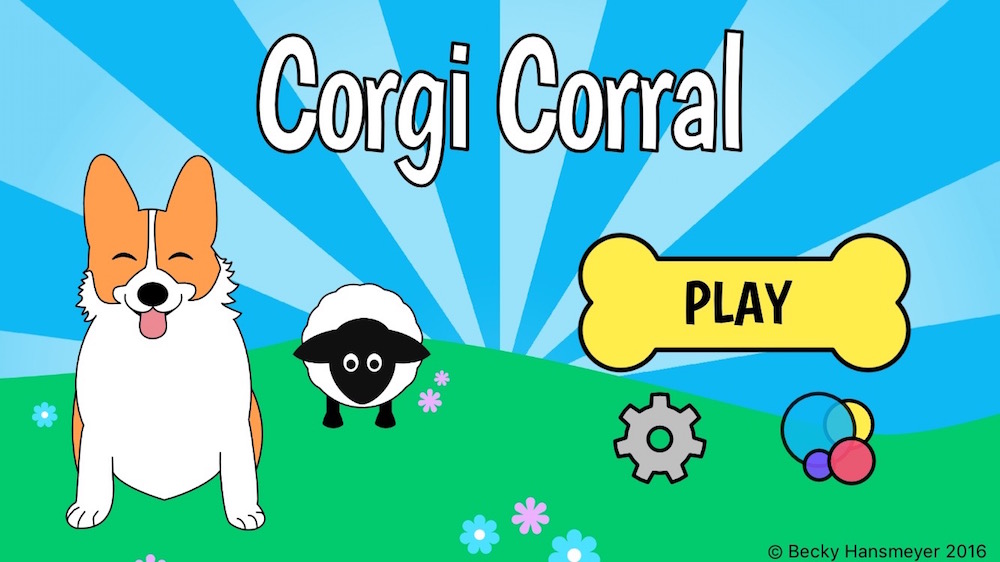 The title falls from the top of the screen and does a little “bounce” when the app is first launched. As I was setting up the menu, I realized that if I used less text, it would be easier to localize the app into different languages. I switched “Options” to a little gear icon and “Leaderboards” to a simplified Game Center logo. I also changed the “Tap to Start” text to a tapping finger icon: 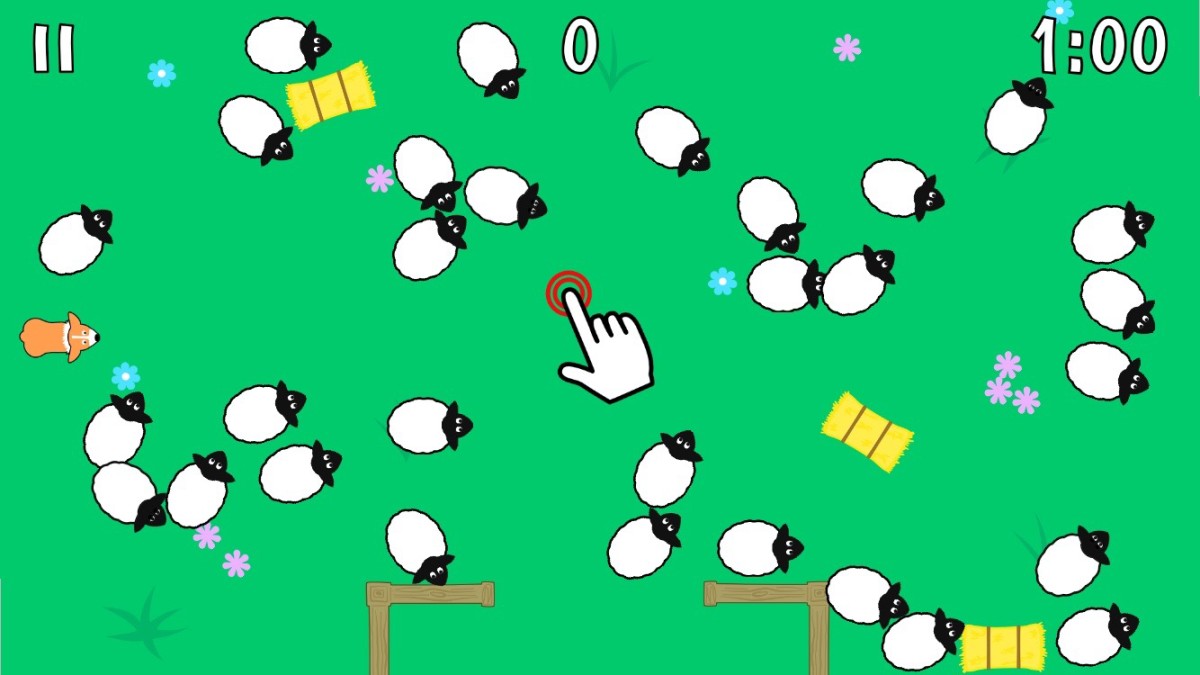 After that, I shifted my focus to finding the source of a small memory leak. According to Xcode’s debug panel, every time I restarted a level, the app would use about 1 megabyte more memory than it did the previous time. Eventually, I figured out that the app was holding on to a bunch of GameplayKit-related objects for no apparent reason. Like, all of the GKAgent instances should be owned by the sheep SKSpriteNodes, which should have been wiped out when the scene was set to nil. Instead, the game was holding on to their agents, their agents’ behaviors, and all of the GKGoal objects indefinitely.

Now, whenever the game enters its “Game Over” state, I explicitly remove all the GameplayKit-related objects. I think that fixed the problem…or at least, the Allocations instrument isn’t reporting leaks anymore.

Art, art, and more art! Probably going to work on Level 3 scenery, and maybe figure out how to draw a top-down view of a pig. :-)

That’s all for now…thanks for reading!