A few days ago I wrote about my excitement for the upcoming games Night in the Woods and Home Free. Since then, I thought of a couple more animal-related games that are currently in development that I find appealing: 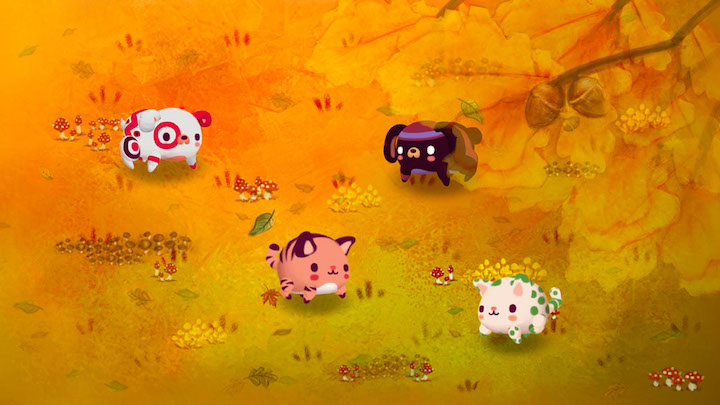 I am a complete sucker for pet games, and this one couldn’t be more straightforward: it’s a game about petting adorable pets. The art style is colorful and fun, and awhile ago the dev team (@PettingPets) asked their Twitter followers to send in pics of their pets along with their names, so hopefully there’s a pet named “Daisy” somewhere in there! The game will eventually be released for Android and iOS.

I gotta say that this has been one of the most amusing games to watch as it’s taken shape. Sausage Sports Club is a collection of multiplayer sports games starring sausage-shaped animals (and I’m pretty sure those dogs are corgis). The mariachi music and the hilarious physics get me every time! You can track the development of Sausage Sports Club by following @cjacobwade on Twitter and it looks like a website is forthcoming.

I was browsing devlogs yesterday hoping to be encouraged/inspired and came across someone working on a low poly herding game. Obviously it’s very early in development and that title is likely not final, but it was fun to find someone who’s working on something similar…and yet very different. I’ll definitely be checking in on this project from time to time to see how it’s coming along.