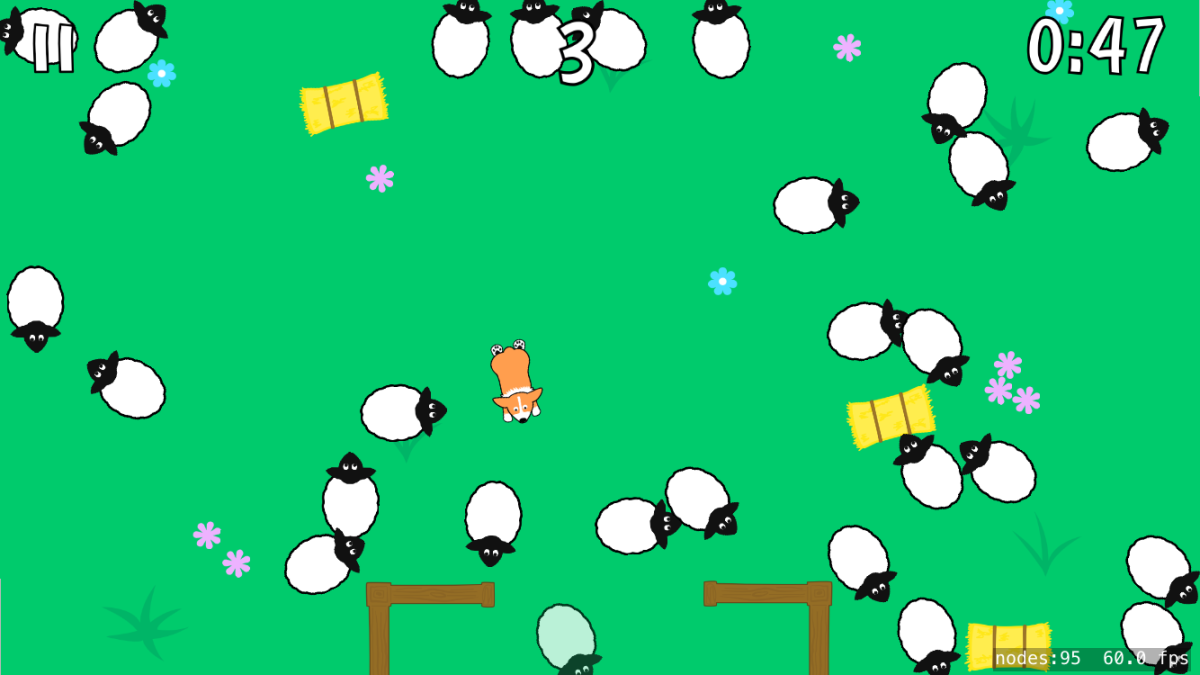 Time for a game progress update!

Things I decided not to do

Things I plan to work on next

The game is now to a point where I have to start working on its overall structure. In other words, it’s going to have to be more than just one scene file and a “LevelScene.swift” class. I need to set it up to accommodate multiple levels and multiple scenes (such as “Menu” and “Options”).

I think I need to make some sort of “level configurator” that loads the details for each level from a .plist. Then I need to create some kind of “scene manager” that can switch between the menu, options, level selection, and also load the correct level. This is all incredibly new to me so I imagine it will take quite awhile to figure out. In fact, this is the part I’ve been dreading because I hardly know where to start. I think I’ll spend time examining Apple’s “DemoBots” sample code (which just came out, so it’s written in Swift and includes the latest APIs) to see how they set up the level loading and switching.