I’m going to be a mom. I quit my job as a secretary over a year ago because I wanted to focus on finishing my masters degree and starting a family, and now both of those things have become a reality. I have a degree in Educational Technology, and when my son is born in March I’ll officially be a stay-at-home mom.

I’m also a conservative Christian. Because I’m obsessed with technology, 90% of the people I follow on Twitter don’t share my political views, but that’s okay. In case there’s any confusion: I don’t hate anyone because they’re liberal, and I don’t think it’s wrong for women to have jobs. Empathy is important to me, and I always try to understand where people are coming from.

What I’m wondering, though, is this: is there room in the Apple blogging/development scene for the perspective of a conservative, stay-at-home mom?

A few months ago I searched Google for “moms who code,” supposing that there would be some non-profit group with that name dedicated to building a community for women developers with children. Instead, I found nothing. Let me reiterate: as far as I know, there is no online space for stay-at-home moms who are (or want to become) independent software/game developers—and who don’t necessarily want to land a high-paying tech job outside the home. Of course, maybe I’m just an outlier in this case and such a community isn’t necessary or even viable. If that’s true, then I guess I’m in for a pretty lonely ride. 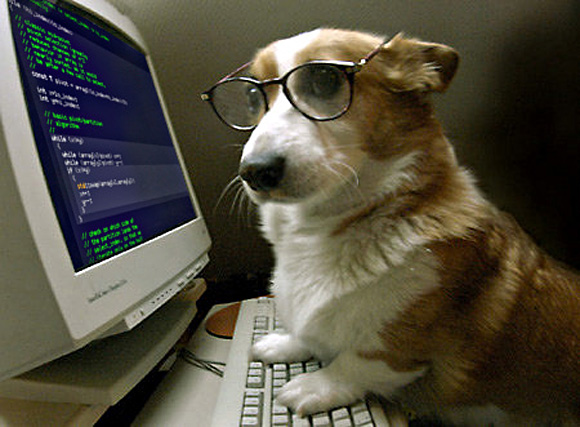 At least I have my corgi. (Photo credit)

Here’s the thing: today’s stay-at-home mom culture can be stifling at times, at least for someone like me. Don’t get me wrong; I think it’s great that so many ladies are authoring popular blogs about food, family, decorating, crafts, etc. and are running successful Etsy shops and stuff. That’s really awesome. Those just…aren’t my hobbies, I guess? I’m into programming, and video games, and photography, and reading lengthy think pieces about the future of personal computing and the sustainability of the indie app market.

And so, for the sake of my own happiness (and sanity!), I have to believe that the following is true:

Anyway, if I can encourage just one woman or girl by arguing that “stay-at-home mom” and “programmer” aren’t mutually exclusive life goals, I’ll be pretty excited! And if anybody knows of a community for programmers or game devs who are also moms, feel free to drop me a line.