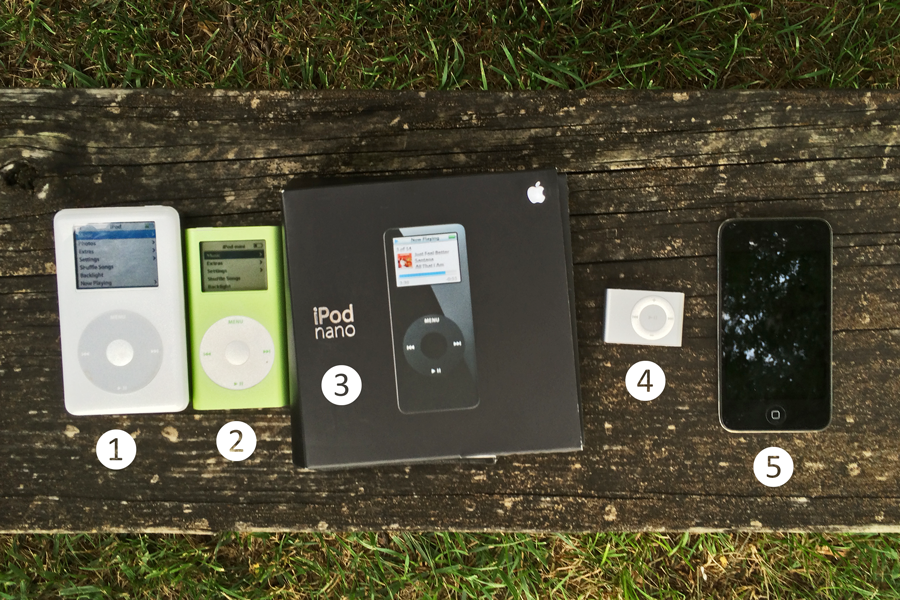 Last week, the inaugural episode of Relay FM’s Connected podcast focused entirely on the evolution of the iPod. It got me thinking about my own personal iPod collection, and how fun and exciting it used to be whenever a new iPod was announced. So, without further ado…

I remember when the first iPod was released. I was in middle school, and I hated Apple computers. My best friend had been trying to convince me for years that Macs were better than PCs, but her efforts were fruitless (sorry)—that is, until she brought home the very first iPod. I remember reading through the little manual that came with it and being absolutely floored by how many songs it could hold. And not only that: the thing just looked cool. Maybe Apple wasn’t so terrible after all.

My parents bought me my first iPod in 2003. It was the third gen one, the one that had the row of buttons with the slight reddish-orange glow around them. I was in love.

I honestly don’t remember what happened to that iPod, but a year or two later I upgraded to a new 60GB iPod Photo (see #1 above). At some point, I gave it away to a friend, who was kind enough to return it to me when he moved on to a new device. Earlier this year I replaced the battery (they’re only $13.95 at iFixit) and it still works great! It has 4 games on it: Brick, Music Quiz, Parachute and Solitaire.

In 2005, I received a second generation iPod mini in that lovely shade of green (#2). I can’t for the life of me figure out why they didn’t give that thing a color display, but I remember feeling cool carrying it around when I got to college, especially with that handy belt clip thingy that came with it (or was that sold separately?). Like my iPod classic, I ended up giving my mini away to a friend, who returned it to me several years later.

My black iPod nano (#3) was probably my favorite iPod of all. Man, that thing was sleek. Unfortunately, the friend I passed it on to decided to pay it forward and passed it on to someone else, and all I’m left with is the packaging. :( Inside, there’s an iTunes installation CD, which I forgot ever existed.

I won that iPod shuffle (#4) in a photography contest. I use it every once in awhile, usually while exercising. Here’s the winning photo, taken in Venice in 2008: 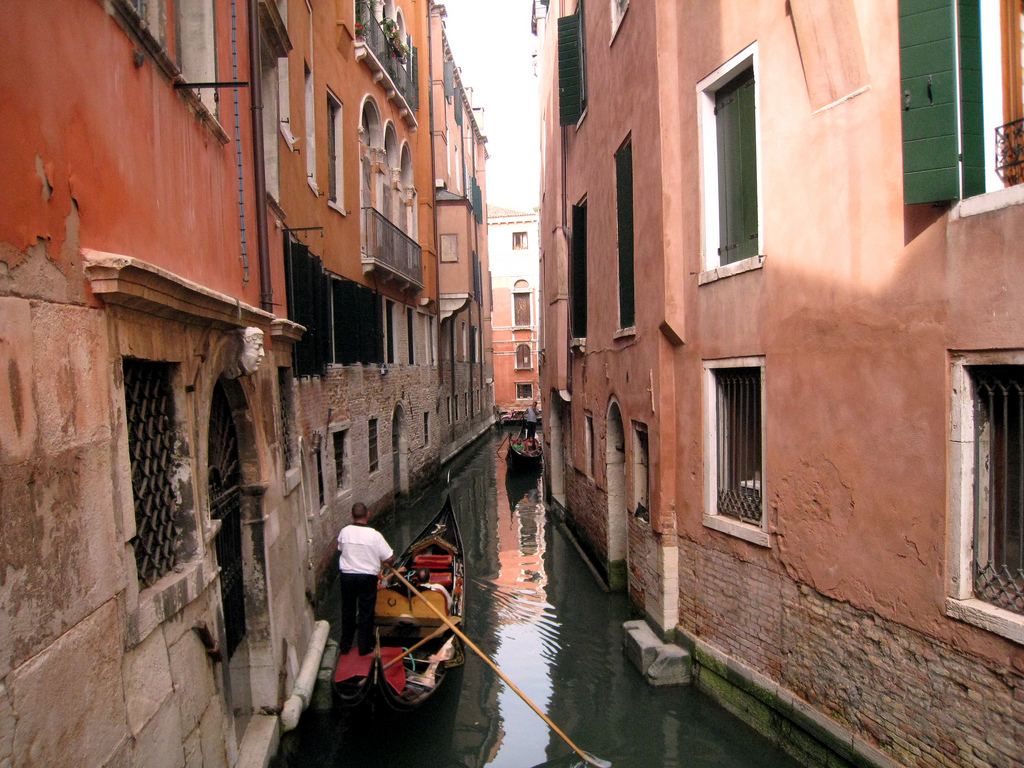 I know: not super impressive, but whatever! Moving on…

When the iPhone was announced in 2007, I wasn’t particularly interested, mostly because I hated talking on the phone (so why would I want a fancy one?). I ended up getting a first gen iPod Touch instead. I’m not sure if I upgraded it every year, but the last one I bought for myself was the fourth gen model with retina display (#5).

The iPod was more than just a music player for me: it was my first real introduction into all things Apple. It’s what prompted me to get my first white iBook, followed by a black MacBook, and my current MacBook Pro (Early 2011). It’s what made me so. freaking. excited to get my hands on my first iPad. What really strikes me as I think about every Apple product I’ve owned over the past 10+ years is how remarkably durable they all are. My mom still uses that white iBook. Seriously. It still works. Sure, the battery is shot, but that’s not the point. The iPods all still work. I’m sure this MacBook Pro could easily last me another 5-6 years if I wanted it to (I don’t). In this day and age, I think that’s truly amazing. And with Apple’s next product announcement only a few days away, I can’t wait to see what’s next.